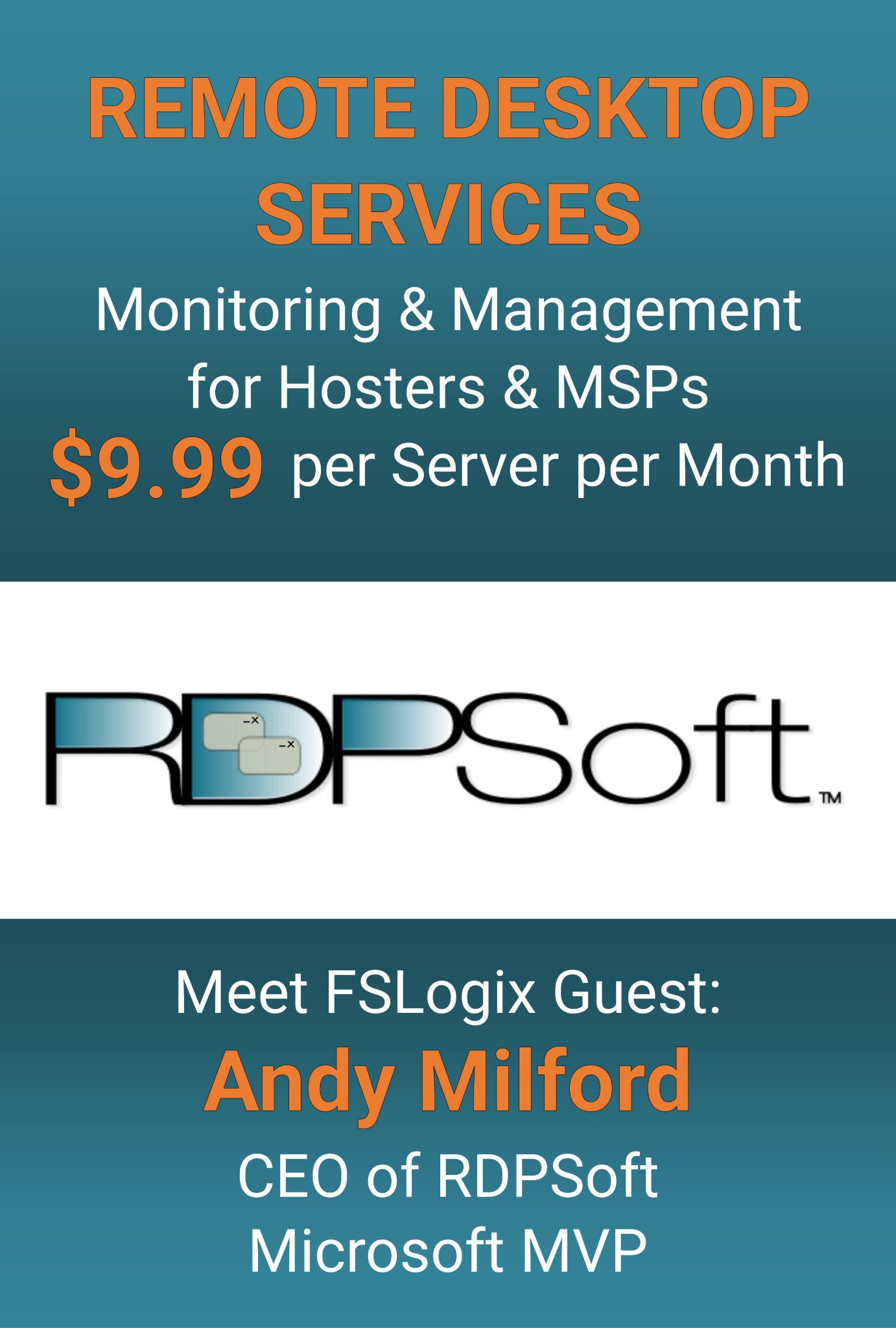 Years ago, we launched a flexible month-to-month subscription licensing program for our Remote Desktop Commander Suite, and the result was phenomenal. The traditional channel-driven, expensive perpetual licensing models used by our competition were simply making less and less sense.

While occasionally we offer promotions, you can always count on this: We offer month-to-month licensing that starts at less than $10 per RDS/XenApp server per month, and at about a $1 per virtual desktop/physical workstation.

For more details, check out our pricing for Remote Desktop Commander.

RDS Tools for Specific Tasks . . . And Within Reach

. . . and the little features that help with things like enabling Remote Desktop remotely and the demystification of RDP logs.

All with so little additional cost.

Not sure where to start? Determine what your needs are for RDS tools or Learn more about Remote Desktop Commander Suite and its many features.

It’s been a little over two weeks since BriForum 2015 ended out in Denver, and as usual, it was a blast, filled with knowledgeable speakers and engaged attendees covering the entire gamut of virtualization and server-based computing.  This year, I had the privilege of being a BriForum speaker, focusing my talk on the hidden benefits provided by Version 8 of the Remote Desktop Protocol available in Windows 7, Windows 8, Windows Server 2012 and later operating systems.

One of the larger trends I’m seeing, which was echoed by many speakers at BriForum – at least in the server-based computing segment – is how Citrix’s star is fading as a viable solution for mid-market companies.  It’s gotten so bad that key shareholders in Citrix (e.g. Elliot) have effectively forced Citrix to start the spin off of some of its assets and have forced out Mark Templeton as CEO.  There’s a lot to this story, and Gabe Knuth has summed it up much more comprehensively than I can, so read his post for all of the gory details.

What is getting less press, but in my mind is just as or more important, is the fact that Citrix has made critical internal personnel decisions over the past few years leading to offshoring of certain departments with rather poor results.  I noticed the fruit of these decisions years ago when I merely attempted to get XenDesktop/XenApp 6.5 up and running in a lab environment.  A quality software product should not require multiple patches to fix critical issues just to get a solution installed.  And I’m sure CIOs continue to question a.) the high costs of the software itself combined with b.) the high costs of bringing in consultants or other hired guns just to keep their stuff running.  For a smaller or mid-market company without an unlimited budget, this creates a huge incentive to divest themselves of Citrix, and look towards other solutions like VMWare’s Horizon product and “Citrix-lite” alternatives that run on top of RDS.

Which leads me to Microsoft.  Fueled by their expansion of Azure as a comprehensive cloud computing platform, they have been investing *significantly* in remote desktop technologies, especially the latest Remote Desktop Protocol versions.  Their most recent version of the Remote Desktop Protocol, RDP 8, features incredible improvements over previous versions, primarily in the adaptive graphics department AND in the use of UDP as a transport protocol to vastly increase data throughput and responsiveness over less than reliable links (4G, WiFi, Satellite, etc).  While not as bleeding edge as Citrix’s emerging Framehawk technologies in extremely high loss networks, it’s simply *good enough* for the vast majority of corporate networks and teleworking scenarios.  And as we’ve seen in the past, once Microsoft gets *good enough* in a certain market / technology area, they tend to dominate.  Remember Novell, anyone? 🙂

As for us, we’re charting our path alongside Microsoft.  While our software continues to support Citrix and other configurations running on top of RDS, woe be to vendors who are “Citrix only” in their design focus, as I think they’re going to be competing for an ever shrinking piece of the pie.  There will be a lot of money to be made over the coming years on migrating people AWAY from Citrix on to pure Remote Desktop Services, and we will be a proud part of that vendor ecosystem.

Not Sure Where To Start?

In just a few moments, you can find the right fit of solutions and even services for your needs.

Sign Up for Remote Desktop Tips and RDPSoft Updates

For fastest response, reach out via our sales and support contact forms.